In Style Transportation is a leading boutique Limousine and Car Service in Los Angeles, California.  Our all luxury fleet of Lincolns, Cadillacs and Mercedes is less than three years old.  We have airport permits at Los Angeles International Airport, LAX, John Wayne Airport, SNA, Hollywood Burbank Airport, BUR and Long Beach Airport, LGB.  Reservations can be made by email, online, phone or through our phone application.  We have an impeccable reputation and maintain a 5 star rating on Google and Yelp.  When choosing a limo service in Los Angeles, we hope you consider In Style Transportation as your trusted car service.

We provide limo and car service to and from LAX from all areas of Los Angeles and all of Southern California.  The travel time to LAX varies depending on your location in Los Angeles.  An important thing to remember when traveling out of LAX is terminal traffic.   During peak times, it could take up to 40 minutes to reach your terminal after arriving at the airport.  Busy days at LAX are Monday, Thursday evening, Friday, and Sunday.  Peak times at LAX include travel seasons, holidays, and special events in Los Angeles.  Please give us a call if you have questions on the best time to be picked up.

We can provide transportation to and from John Wayne airport from anywhere in Los Angeles.  We have cars based both in LA and Orange Counties.  Traffic is usually very light getting into and out of JWA.  On curbside pick-ups, we generally can get to you outside of baggage claim in under 5 minutes.

Long Beach Airport is a small handy airport in southern Los Angeles County.  Traffic moves expeditiously into and out of the airport.

We can take you to and from Hollywood Burbank Airport.

We hope you choose In Style Transportation for your Los Angeles Car Service needs! 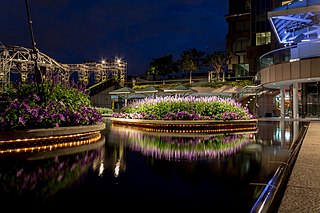 Rates are subject to availability and do not include a typical gratuity of 20%. Rates to and from an airport are a flat fixed rate. Other destinations are estimates based on pick up location in Los Angeles.  A $15 EVENT FEE will be added to all PICK UPS at an event venue with a capacity of 2,500 or greater.